Since I was discharged on Saturday, when the Specialist Clinic is closed, so a nurse said that she'll call on the following Monday to set the appointment.

Waiting on Monday, no one called.

On Tuesday, a nurse called and tried to give me an appointment date, before she excused herself saying she overlook that i might need another appointment a day before the scheduled date to get my blood sample taken. So she said she will call again in 5-10 minutes to give the dates.


A day or two later, someone called at 11.53PM (yeah, i typed it right - P.M.) informing that checkup is scheduled on 28th (thankfully i'm still awake! i was about to sleep at that time). When i asked about the appointment for bloodtest, she said it is not needed.

27th July, night. Dad got terribly sick. Brothers of mine rushed him to the hospital. mom and me at home could not sleep until we received info that dad was not admitted and safely went back to my sis's home. my youngest brother arrived home at 3am++, 28th July.

28th July, 7am. my dearest younger brother was not ready to take me to the hospital, yet. i could understand his fatigue after that hectic night. hence we only went out at 8.30am. My appointment should be at 9am - but yeah, i just couldn't care about the time anymore. As usual, 6am until no-one-knows-what-time is peak hours for heavy traffic in cheras, topped with few accidents along the way that made it worse. hence, we only reached hospital at 10.15am.

met doctor at around 11.45am+. the easygoing attending surgeon behaviour made me forgot all the symptoms that i wanted to complaint. rasa sihat terus. only managed to say that i got numbling feet and hand occasionally, since she asked. then she asked whether i did a blood test prior or not, which i didn't. i was like.. what....? additionally, she asked to come again next week since my wound is not properly healed, yet. of course, i need to get my blood test taken before i went back and early in the morning next day. sweet. but yeay, got additional medical leave for one week, and new medication - calcium and something to help vitamin D absorbtion ( to futher assist the calcium intake).

at the pharmacy, the queue is quite long but fast. got my medicine in 15-20 minutes only. thanks to the computerized system, i guess? attending doctors already ordered the medicine while i was sitting with them, and the prescription is typewritten - less one issue with doctors' handwriting. 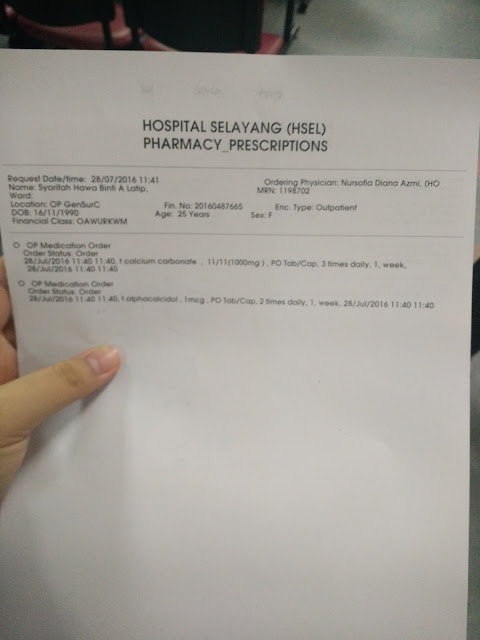 my random talk with another patient while waiting is captured in my facebook.-i think it was interesting so i will try to archived here too, if i'm in the mood for it.

Anyway, i feel that the wound started stinging again since day 13. If i'm hot and sweaty around the neck, it stings even more. oh, at least that means my sweat glands around the neck is functional!

Here is a latest photo of me with ex-brissy, Amirah Farhah and Amira Nadira (sorry if I got the name wrongly spelt) who visited me last weekend. 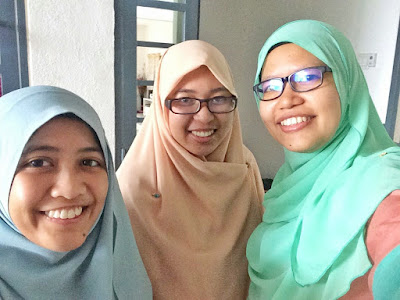 Photo courtesy from both Amiras. 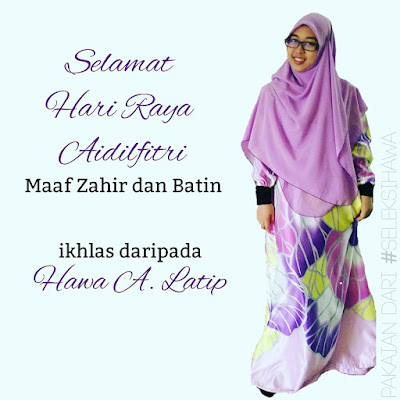